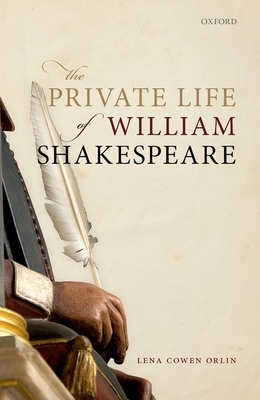 
Not On Our Shelves—Ships in 1-5 Days
A new biography of William Shakespeare that explores his private life in Stratford-upon-Avon, his personal aspirations, his self-determination, and his relations with the members of his family and his neighbours. The Private Life of William Shakespeare tells the story of Shakespeare in Stratford as a family man. The book offers close readings of key documents associated with Shakespeare and develops a contextual understanding of the genres from which these documents emerge. It reconsiders clusters of evidence that have been held to prove some persistent biographical fables. It also shows how the histories of some of Shakespeare's neighbours illuminate aspects of his own life. Throughout, we encounter a Shakespeare who consciously and with purpose designed his life. Having witnessed the business failures of his merchant father, he determined not to follow his father's model. His early wedding freed him from craft training to pursue a literary career. His wife's work, and probably the assistance of his parents and brothers, enabled him to make the first of the property purchases that grounded his life as a gentleman. With his will, he provided for both his daughters in ways that were suitable to their circumstances; Anne Shakespeare was already protected by dower rights in the houses and lands he had acquired. His funerary monument suggests that the man of 'small Latin and less Greek' in fact had some experience of an Oxford education. Evidences are that he commissioned the monument himself.