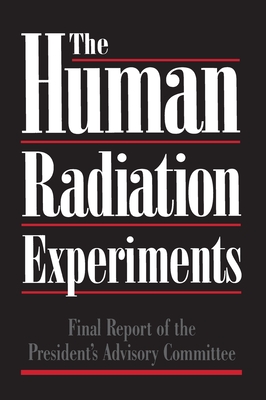 
Not On Our Shelves—Ships in 1-5 Days
This book describes in fascinating detail the variety of experiments sponsored by the U.S. government in which human subjects were exposed to radiation, often without their knowledge or consent. Based on a review of hundreds of thousands of heretofore unavailable or classified documents, this Report tells a gripping story of the intricate relationship between science and the state.
Under the thick veil of government secrecy, researchers conducted experiments that ranged from the mundane to such egregious violations as administering radioactive tracers to mentally retarded teenagers, injecting plutonium into hospital patients, and intentionally releasing radiation into the environment. This volume concludes with a discussion of the Committee's key findings and guidelines for changes in institutional review boards, ethics rules and policies, and balancing national security interests with individual rights. Ethicists, public health professionals and those interested in the history of medicine and Cold War history will be intrigued by the findings of this landmark report.

About the Committee: On January 15, 1994, President Clinton appointed the Advisory Committee on Human Radiation Experiments to investigate reports of possibly unethical experiments funded by the government decades ago. The members of the Advisory Committee included fourteen private citizens from around the country: a representative of the general public, and thirteen experts in bioethics, radiation oncology and biology, nuclear medicine, epidemiology and biostatistics, public health, history of science and medicine, and law.The Advisory Committee submitted its final report to the President in late 1995, and this book contains the entire text of the report. It also includes the full text of the President's remarks in acceptance of the report and a complete index.