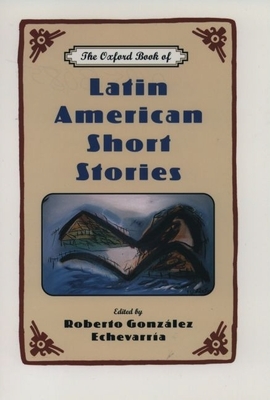 
Not On Our Shelves—Ships in 1-5 Days
When Latin American writers burst onto the world literary scene in the now famous "Boom" of the sixties, it seemed as if an entire literature had invented itself over night out of thin air. Not only was the writing extraordinary but its sudden and spectacular appearance itself seemed magical. In fact, Latin American literature has a long and rich tradition that reaches back to the Colonial period and is filled with remarkable writers too little known in the English-speaking world. The short story has been a central part of this tradition, from Fray Bartolome de las Casas' narrative protests against the Spanish Conquistadors' abuses of Indians, to the world renowned Ficciones of Jorge Luis Borges, to the contemporary works of such masters as Carlos Fuentes, Gabriel Garcia Marquez, Rosario Ferre, and others. Now, in The Oxford Book of Latin American Short Stories, editor Roberto Gonzalez Echevarria brings together fifty-three stories that span the history of Latin American literature and represent the most dazzling achievements in the form. In his fascinating introduction, Gonzalez Echevarria traces the evolution of the short story in Latin American literature, explaining why the genre has flourished there with such brilliance, and illuminating the various cultural and literary tensions that resolve themselves in "magical realism." The stories themselves exhibit all the inventiveness, the luxuriousness of language, the wild metaphoric leaps and uncanny conjunctions of the ordinary with the fantastic that have given the Latin American short story its distinctive and unforgettable flavor: From the Joycean subtlety of Machado de Assis's "Midnight Mass," to the brutal parable of Julio Ramon Ribeyro's "Featherless Buzzards," to the startling disorientation of Alejo Carpentier's "Journey Back
to the Source," (which is told backwards, because a sorcerer has waved his wand and made time flow in reverse), to the haunting reveries of Maria Luisa Bombal's "The Tree." Readers familiar with only the most popular Latin American writers will be delighted to discover many exciting new voices here, including Catalina de Erauso, Ricardo Palma, Rubin Dario, Augusto Roa Bastos, Christina Peri Rossi, along with Borges, Garcia Marquez, Fuentes, Cortazar, Vargas Llosa, and many others. Gonzalez Echevarria also provides brief and extremely helpful headnotes for the each selection, discussing the author's influences, major works, and central themes. Short story lovers will find a wealth of satisfactions here, in terrains both familiar and uncharted. But the unique strength of The Oxford Book of Latin American Short Stories is that it allows us to see the connections between writers from Peru to Puerto Rico and from the sixteenth century to the present--and thus to view in a single, unprecedented volume one of the most diverse and fertile literary landscapes in the world.