Readings in the History of Evolutionary Theory: Selections from Primary Sources (Paperback) 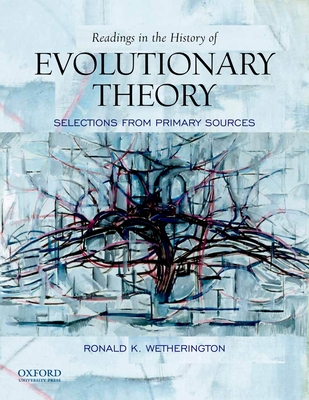 Readings in the History of Evolutionary Theory: Selections from Primary Sources (Paperback)


Special Order—Subject to Availability
(This book cannot be returned.)
This collection of primary source readings covers the history of evolutionary theory from its roots in Classical Greece to the present. Beginning with excerpts from Plato and Aristotle, the volume proceeds chronologically through the time of Darwin and ends with a look at the revolutions in
thought--such as evolutionary development biology--that carry the evolutionary narrative from Darwin to the current day. Wetherington begins each chapter with an overview that contextualizes the selections it contains. Vivid biographical sketches at the beginning of each reading illuminate the authors and the oeuvre out of which each work arose. These overviews and sketches are designed to assist students in drawing
historical distinctions and parallels between the preceding and succeeding units of the book, while discussion questions at the end of each unit allow students to apply the history of evolutionary theory to their own lives. Suggestions for further reading are also provided so that students can
pursue their study of evolutionary theory outside of the classroom.
Ronald K. Wetherington is Professor of Anthropology at Southern Methodist University, where he is also the Director of the Center for Teaching Excellence. He is the author of Understanding Human Evolution (1992) and The Ceramics of Kaminaljuyu, Guatemala (1978).