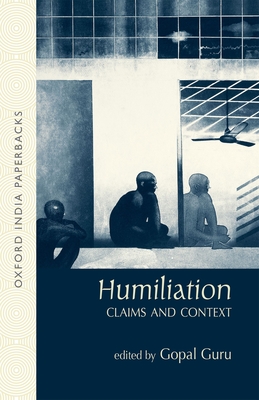 
Special Order—Subject to Availability
A pioneering work in the field of political and moral theory, Humiliation explores the complex and varied meanings, contexts, forms, and languages of humiliation within an interdisciplinary framework. While humiliation as a theme has found expression in both nationalist and socio-political thought in modern India, this is the first time it has been systematically studied. This volume argues that humiliation is endemic to social life which is active through asymmetries of intersecting sets of attitudes--arrogance and obeisance, self-respect and servility, and reverence and repulsion. The essays unfold the meaning of humiliation by juxtaposing it with other concepts such as shame, disgust, discrimination, degradation, and segregation. They also interrogate the structures that underlie and renew various forms of humiliation. Arguing that it is the socio-cultural context that decides the nature, level, and intensity of humiliation, the volume provides concrete evidence within which this concept acquires the definite shape of a lived experience. The essays present a wide-ranging comparative perspective on various forms of humiliation--racial humiliation in the context of colonialism, the humiliation of working classes in the Bombay textile strike of 1982, caste-based humiliation through the practice of untouchability, and various forms of gender humiliation. Providing a new conceptual language for humiliation studies in India, Humiliation enables a compelling sense of appreciation of the need for a decent and just society.

Gopal Guru is Professor in the Centre for Political Studies at the School of Social Sciences, Jawaharlal Nehru University in India.