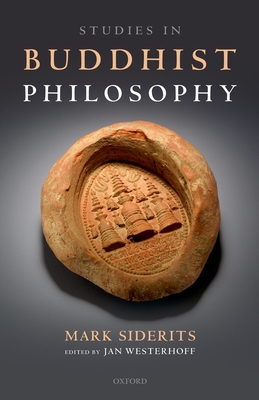 
Special Order—Subject to Availability
This volume brings together nineteen of Mark Siderits's most important essays on Buddhist philosophy. Together they cover a wide range of topics, from metaphysics, logic, philosophy of language, epistemology, and ethics, to the specific discussions of the interaction between Buddhist and
classical Indian philosophy. Each of the essays is followed by a postscript that Siderits has written specifically for this volume. The postscripts connect essays of the volume with each other, show thematic interrelations, and locate them relative to the development of Siderits's thought. In addition, they provide the
opportunity to bring the discussion of the essays up to date by acquainting the reader with the development of research in the field since the publication of the essays. Siderits's work is based on an investigation of Indian sources in their original language, nevertheless the focus of the essays is primarily systematic, not historical or philological. The idea of 'fusion philosophy' (a term coined by Siderits) embodies precisely the assumption that by bringing a
Western and an Eastern tradition together, both can benefit by learning from each other about new ways of tackling old philosophical problems.

Mark Siderits, Seoul National University Mark Siderits' research interests lie in the intersection between classical Indian philosophy on the one hand, and analytic metaphysics and philosophy of language on the other. He received his PhD from Yale University, and taught first at Illinois State University and then at Seoul NationalUniversity, retiring from the latter in 2012. Among his more recent publications are Buddhism As Philosophy (Ashgate/Hackett, 2007), Personal Identity and Buddhist Philosophy: Empty Persons (Ashgate, 2nd revised edition 2015) and, together with Shoryu Katsura, Nagarjuna's Middle Way: Mulamadhyamakakarika (Wisdom, 2013). He has also edited several collections of work on Indian/analytic philosophy, including Self, No Self? (with Evan Thompson and Dan Zahavi; OUP, 2010). Jan Westerhoff is Associate Professor of Religious Ethics at the University of Oxford, a Fellow and Tutor in Theology and Religion at Lady Margaret Hall, University of Oxford, and a Research Associate at the School of Oriental and African Studies, University of London. His publications includeNagarjuna's Madhyamaka (OUP, 2009), The Dispeller of Disputes: Nagarjuna's Vigrahavyavartani (OUP, 2010), and Reality: A Very Short Introduction (OUP, 2011). His research concentrates on systematic aspects of ancient Indian Philosophy, especially on Madhyamaka.