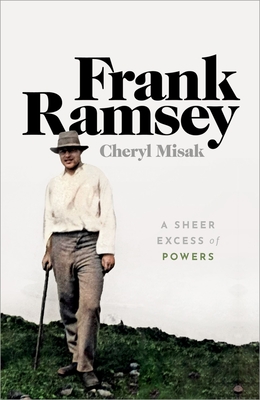 
Not On Our Shelves—Ships in 1-5 Days
The full story of Frank Ramsey's extraordinary life. When he died in 1930 aged 26, Frank Ramsey had already invented one branch of mathematics and two branches of economics, laying the foundations for decision theory and game theory. Keynes deferred to him; he was the only philosopher whom Wittgenstein treated as an equal. Had he lived he might have
been recognized as the most brilliant thinker of the century. This amiable shambling bear of a man was an ardent socialist, a believer in free love, and an intimate of the Bloomsbury set. For the first time, Cheryl Misak tells the story of his tragically short, but extraordinary life.