The Many and the One: A Philosophical Study of Plural Logic (Hardcover) 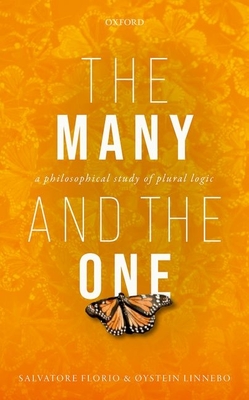 The Many and the One: A Philosophical Study of Plural Logic (Hardcover)


Not On Our Shelves—Ships in 1-5 Days
Plural expressions found in natural languages allow us to talk about many objects simultaneously. Plural logic -- a logical system that takes plurals at face value -- has seen a surge of interest in recent years. This book explores its broader significance for philosophy, logic, and
linguistics. What can plural logic do for us? Are the bold claims made on its behalf correct? After introducing plural logic and its main applications, the book provides a systematic analysis of the relation between this logic and other theoretical frameworks such as set theory, mereology,
higher-order logic, and modal logic. The applications of plural logic rely on two assumptions, namely that this logic is ontologically innocent and has great expressive power. These assumptions are shown to be problematic. The result is a more nuanced picture of plural logic's applications than has
been given thus far. Questions about the correct logic of plurals play a central role in the final chapters, where traditional plural logic is rejected in favor of a "critical" alternative. The most striking feature of this alternative is that there is no universal plurality. This leads to a novel
approach to the relation between the many and the one. In particular, critical plural logic paves the way for an account of sets capable of solving the set-theoretic paradoxes.