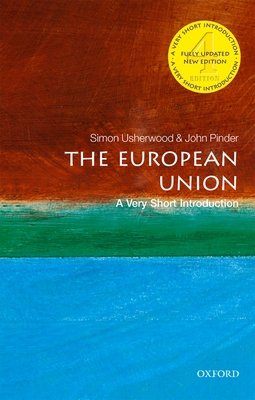 
On Our Shelves Now at:
The European Union (EU) stands out as a fascinatingly unique political organization. On the one hand, it has shown the potential for developing deep and wide-ranging cooperation between member states, going far beyond that found anywhere else in the world. On the other, it is currently in the throes of a phase of profound uncertainty about its viability and future. Showing how and why the EU has developed from 1950 to the present day, this Very Short Introduction covers a range of topics, including the Union's early history, the workings of its institutions and what they do, the interplay between "eurosceptics" and federalists, and the role of the Union beyond Europe in international affairs and as a peace-keeper. In this fully updated fourth edition, Pinder and Usherwood cover the migrant crisis and the UK's decision to leave the Union, set in the context of a body that is now involved in most areas of public policy. Discussing how the EU continues to draw in new members, they conclude by considering the future of the Union and the choices and challenges that may lie ahead. ABOUT THE SERIES: The Very Short Introductions series from Oxford University Press contains hundreds of titles in almost every subject area. These pocket-sized books are the perfect way to get ahead in a new subject quickly. Our expert authors combine facts, analysis, perspective, new ideas, and enthusiasm to make interesting and challenging topics highly readable.

Simon Usherwood is Reader in Politics at the University of Surrey, where he specializes in the study of euroscepticism, and in UK-EU relations. As well as publishing widely in these areas, he has also been a frequent contributor to public debate, through the media, social media, and numerous public speaking events. Since 2016, he has been a Senior Fellow of the "UK in a Changing Europe" programme. John Pinder was Honorary Professor at the College of Europe, and Chairman of the Federal Trust, London. He was the author of The Building of the European Union (Third edition, OUP, 1998).