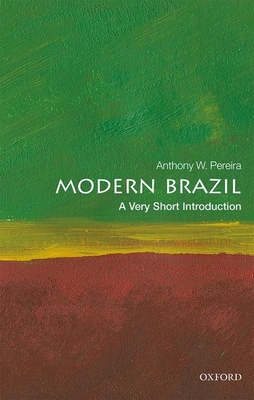 
In Stock—Click for Locations
Brazil is associated in many people's minds with conviviality, sensuality, and natural beauty. Yet the country behind these images and associations is something of an enigma. It is alternately praised as the country of the future, a rising power ready to take its place at the top tables of global governance, or written off as a perennial disappointment, a country forever failing to reach its potential, mired in corruption, inequality, poverty, and violence. These oscillations between euphoria and despair obscure a country with its own unique trajectory through the 20th and 21st centuries. This Very Short Introduction offers an account of modern Brazil that covers some of the major features of the country's transformation, including the rise of the modern state in the mid-20th century, the violent repression of dictatorship, the domestic economic, political, and social challenges faced by the country today, and the role Brazil plays in dealing with some of the most important contemporary global problems. In doing so, Anthony Pereira highlights some of the peculiar features of Brazil's development, such as the tendency of its political leaders to engage in complicated, informal political deals; the state's welfare institutions that often exacerbate, rather than improve, the country's deep economic inequalities; and Brazil's long history of peaceful relations with its neighbours despite a high level of state violence against citizens. ABOUT THE SERIES:
The Very Short Introductions series from Oxford University Press contains hundreds of titles in almost every subject area. These pocket-sized books are the perfect way to get ahead in a new subject quickly. Our expert authors combine facts, analysis, perspective, new ideas, and enthusiasm to make interesting and challenging topics highly readable.