The Making of the Oxford English Dictionary (Paperback) 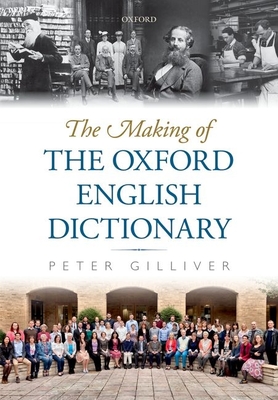 The Making of the Oxford English Dictionary (Paperback)


Not On Our Shelves—Ships in 1-5 Days
This book tells the history of the Oxford English Dictionary from its beginnings in the middle of the nineteenth century to the present. The author, uniquely among historians of the OED, is also a practising lexicographer with nearly thirty years' experience of working on the Dictionary. He has drawn on a wide range of sources--including previously unexamined archival material and eyewitness testimony--to create a detailed history of the project. The book explores the cultural background from which the idea of a comprehensive historical dictionary of English emerged, the lengthy struggles to bring this concept to fruition, and the development of the book from the appearance of the first printed fascicle in 1884 to the launching of the Dictionary as an online database in 2000 and beyond. It also examines the evolution of the lexicographers' working methods, and provides much information about the people--many of them remarkable individuals--who have contributed to the project over
the last century and a half.

Peter Gilliver has been an editor of the Oxford English Dictionary since 1987, and is now one of the Dictionary's most experienced lexicographers; he has also contributed to several other dictionaries published by OUP. In addition to his lexicographical work, he has been writing and speaking about the history of the OED for over fifteen years.