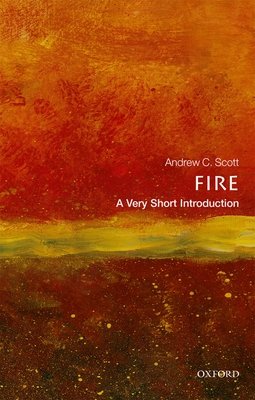 
On Our Shelves Now at:
Fire is rarely out of the headlines, from large natural wildfires raging across the Australian or Californian countrysides to the burning of buildings such as the disasters of Grenfell tower and Notre Dame. Fire on these scales can represent a serious risk to human life and property. But the advent of fire made and controlled by humans also represented a crucial point in our evolution, allowing us to cook our food, forge our weapons, and warm our homes. This Very Short Introduction covers the fundamentals of fire, whether wild or under human control, starting with the basics of ignition, combustion, and fuel. Andrew Scott considers both natural wildfires and the role of humans in making and suppressing fire. Despite frightening reports of wildfire destruction, he also shows how landscape fires have been part of our planet's history for 400 million years, and do not always have to be extinguished. He also considers the problem of fires in urban settings, including new ways to prevent fires. The cost of wildfire can be steep - as well as the burning, post-fire erosion and flooding can have a great impact on both humans and the environment. It can also have a lasting effect in shaping ecosystems and plant life. Scott ends by examining the relationship between fire and the climate, and considering the future of wildfire in a warming world. ABOUT THE SERIES:
The Very Short Introductions series from Oxford University Press contains hundreds of titles in almost every subject area. These pocket-sized books are the perfect way to get ahead in a new subject quickly. Our expert authors combine facts, analysis, perspective, new ideas, and enthusiasm to make interesting and challenging topics highly readable.

Andrew C. Scott is a Distinguished Research Professor of Ancient and Modern Fire Systems at Royal Holloway, University of London. His research has dealt with aspects of palaeobotany, palynology, coal geology, petrology and geochemistry, the geological history of wildfire and the role of fire on Earth. He has appeared in numerous radio programmes for the BBC including 'In Our Time' and 'The Forum'. He has published more than 240 scholarly articles and written or edited 12 books, including Fire on Earth: An Introduction (Wiley, 2014) and Burning Planet (OUP, 2018).