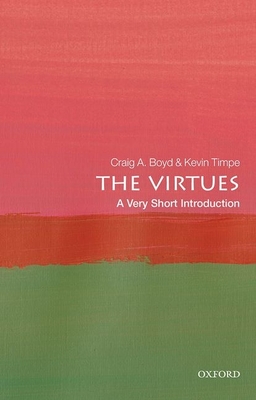 By Craig A. Boyd, Kevin Timpe


In Stock—Click for Locations
From the four Cardinal Virtues (Prudence, Temperance, Courage and Justice), to the Seven Heavenly Virtues (Faith, Hope, Charity, Fortitude, Justice, Temperance, Prudence), the nature of the virtues has historically occupied thinkers and artists throughout the world. From the philosophy of Aristotle and Confucius, to Thomas Aquinas' Summa Theologiae, to the paintings of Raphael, Botticelli and many more, the virtues have endured and evolved to fit a wide range of cultural, religious, and philosophical contexts through the centuries. Today philosophers and theologians - and more recently psychologists as well - see the virtues as an alternative to rule-oriented attitudes as offered, for example, by Kantianism and utilitarianism. This Very Short Introduction introduces readers to the various virtues: the moral virtues, the intellectual virtues, and the theological virtues, as well as the capital vices. Craig Boyd and Kevin Timpe discuss the relative strengths and weaknesses found in philosophical reflection on the virtues. They explore how to understand the virtues, their role in the moral life, their cultivation, and how they offer ways of thinking and acting that are alternatives to mere rule-following. They also consider the relationship of the virtues to our own emotions, desires, and rational capacities. ABOUT THE SERIES:
The Very Short Introductions series from Oxford University Press contains hundreds of titles in almost every subject area. These pocket-sized books are the perfect way to get ahead in a new subject quickly. Our expert authors combine facts, analysis, perspective, new ideas, and enthusiasm to make interesting and challenging topics highly readable.

Craig A. Boyd is Professor of Philosophy & Humanities in the School for Professional Studies at Saint Louis University in St. Louis, MO. His academic interests include the work of St. Thomas Aquinas, natural law ethics, studies in charity and humility, issues at the intersection of evolution and normative ethical theory, and the moral thought of J.R.R. Tolkien. Kevin Timpe holds the William H. Jellema Chair in Christian Philosophy at Calvin College. He has been a visiting faculty or scholar at Calvin Theological Seminary, Innsbruck University, Oxford University, and Peking University. He has written and edited ten books and published nearly 50 articles. Most of his scholarly writing focuses on issues of free will, virtue ethics, philosophical theology, and the philosophy of disability.