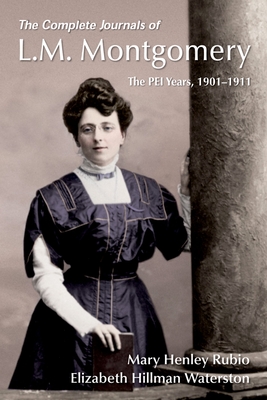 
Special Order—Subject to Availability
L.M. Montgomery (1874-1942) had begun keeping a private journal before she turned fifteen. From 1918 onward, she had carefully copied out her entries. She intended this detailed life record to be published posthumously. Montgomery's long-hidden version of her early life emerged as the bestselling Selected Journals of L.M. Montgomery, Volumes I-V, first published in 1985. Twenty-five years ago, it seemed prudent to offer a tightly organized book with a strong central narrative, but this decision meant setting aside many entries on her personal tastes, her effusions over landscape, and her increasing bouts of depression. L.M. Montgomery's record of her life is published now for the first time without abridgement. The Complete Journals of L.M. Montgomery: The P.E.I. Years, 1889-1900 was published in early 2012 to much acclaim. This second book, covering the years 1901 to 1911, continues to provide a more comprehensive portrait of Montgomery's life in PEI than has ever been available before. This publication covers Montgomery's early adult years, including her work as a newspaper editor in Halifax, Nova Scotia; her publishing career taking flight; the death of her grandmother; and her forthcoming marriage to a local clergyman. It also documents her own reflections on writing, her increasingly problematic mood swings and feelings of isolation, and her changing relationship with the world around her, particularly that of Prince Edward Island. Available for the first time in paperback, this new edition recreates the format Montgomery herself devised. Over 300 of her photographs, newspaper clippings, postcards, and professional portraits are reproduced, all with Montgomery's original placement and captions.