On What Matters: Volume Two (Hardcover) 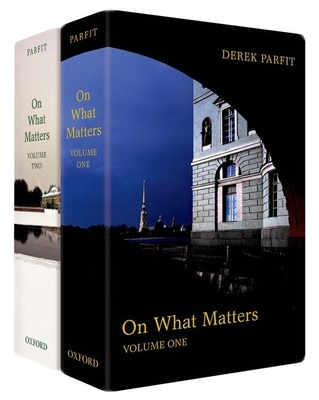 On What Matters: Volume Two (Hardcover)


Special Order—Subject to Availability
On What Matters is a major work in moral philosophy. It is the long-awaited follow-up to Derek Parfit's 1984 book Reasons and Persons, one of the landmarks of twentieth-century philosophy. Parfit now presents a powerful new treatment of reasons, rationality, and normativity, and a critical examination of three systematic moral theories - Kant's ethics, contractualism, and consequentialism - leading to his own ground-breaking synthetic conclusion. Along the way he discusses a wide range of moral issues, such as the significance of consent, treating people as a means rather than an end, and free will and responsibility. On What Matters is already the most-discussed work in moral philosophy: its publication is likely to establish it as a modern classic which everyone working on moral philosophy will have to read, and which many others will turn to for stimulation and illumination.

Derek Parfit is one of the leading philosophers of our time. He is a Senior Research Fellow at All Souls College, Oxford, Global Distinguished Professor of Philosophy at New York University, and a Fellow of the British Academy and of the American Academy of Arts and Sciences. He is the author of Reasons and Persons (OUP, 1984), one of the most influential books in philosophy of the last several decades.