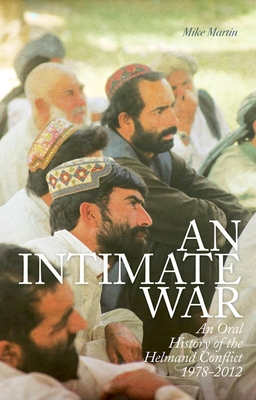 
Special Order—Subject to Availability
An Intimate War tells the story of the last thirty-four years of conflict in Helmand Province, Afghani- stan as seen through the eyes of the Helmandis. In the West, this period is often defined through different lenses - the Soviet intervention, the civil war, the Taliban, and the post-2001 nation-building era. Yet, as experienced by local inhabitants, the Helmand conflict is a perennial one, involving the same individuals, families and groups, and driven by the same arguments over land, water and power. This book - based on both military and re- search experience in Helmand and 150 inter- views in Pashto - offers a very different view of Helmand from those in the media. It demonstrates how outsiders have most often misunderstood the ongoing struggle in Helmand and how, in doing so, they have exacerbated the conflict, perpetuated it and made it more violent - precisely the opposite of what was intended when their interventions were launched. Mike Martin's oral history of Helmand under- scores the absolute imperative of understanding the highly local, personal, and non-ideological nature of internal conflict in much of the 'third' world.

Mike Martin is a Pashto speaker who spent almost two years in Helmand as a British army officer. During that time, he pioneered and developed the British military's human terrain and cultural capability - a means to understanding the Helmandi population and influence it. He also worked as an advisor to several senior commanding officers in Helmand. His previous publications include A Brief History of Helmand, required reading for British commanders and intelligence staff deploying to the province. He holds a doctorate in War Studies from King's College London.