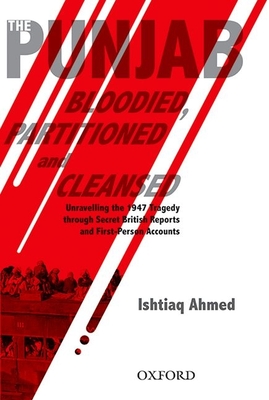 
Not On Our Shelves—Ships in 1-5 Days
The Partition of India in 1947 resulted in the biggest forced migration in history--some 14 million people altogether of which 10 million were from the Punjab. This book is a holistic study of the first major case of ethnic cleansing after the Second World War. Besides shedding new light on
the events through secret British reports, it also contains poignant accounts by eyewitnesses, survivors, and even participators in the carnage on both sides of the border. With interviewees from both India and Pakistan, the book gives a balanced account of Partition and shows how religious
differences are no bar to peaceful coexistence unless highlighted by divisive forces. This book will be of immense interest to anyone even remotely curious about the happenings of the most traumatic event in recent Indo-Pakistan history. The second edition marks the 70th anniversary of the partition of Punjab. It includes more oral histories, each uniquely reflecting the tragedy of partition. Theoretically, the expulsion of unwanted minorities from East and West Punjab by complicit governments in the partitioned Punjab to achieve
ethnic cleansing is brought out into sharper relief in the second edition of the book.