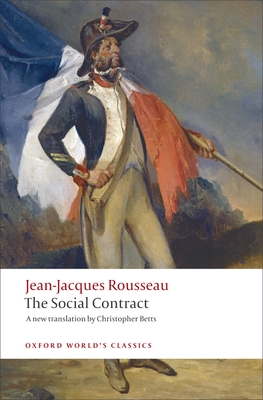 
Not On Our Shelves—Ships in 1-5 Days
Revolutionary in its own time and controversial to this day, this work is a permanent classic of political theory and a key source of democratic belief. Rousseau's concepts of the general will as a mode of self-interest uniting for a common good, and the submission of the individual to government by contract inform the heart of democracy, and stand as its most contentious components today. Also included in this edition is Rousseau's Discourse on Political Economy, a key transitional work between his Discourse on Inequality and The Social Contract. This new translation offers fresh insight into a cornerstone of political thought, which is further illuminated by a comprehensive introduction and notes. About the Series: For over 100 years Oxford World's Classics has made available the broadest spectrum of literature from around the globe. Each affordable volume reflects Oxford's commitment to scholarship, providing the most accurate text plus a wealth of other valuable features, including expert introductions by leading authorities, voluminous notes to clarify the text, up-to-date bibliographies for further study, and much more.