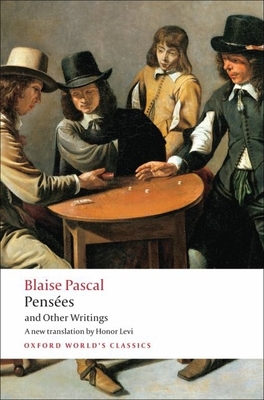 
Not On Our Shelves—Ships in 1-5 Days
For much of his life, Pascal (1623-62) worked on a magnum opus which was never published in the form the philosopher intended. Instead, Pascal left a mass of fragments, some of them meant as notes for the Apologie. These became known as the Pens es, and they occupy a crucial place in
Western philosophy and religious writing. Pascal's general intention was to confound scepticism about metaphysical questions. Some of the Pens es are fully developed literary reflections on the human condition, some contradict others, and some remain jottings whose meaning will never be clear. The most important are among the most powerful
aphorisms about human experience and behavior ever written in any language. This translation is the only one based on the Pens es as Pascal left them. It includes the principal dossiers classified by Pascal, as well as the essential portion of the important Writings on Grace. A detailed thematic index gives access to Pascal's areas of concern, while the selection of texts
and the introduction help to show why Pascal changed the plan of his projected work before abandoning the book he might have written. About the Series: For over 100 years Oxford World's Classics has made available the broadest spectrum of literature from around the globe. Each affordable volume reflects Oxford's commitment to scholarship, providing the most accurate text plus a wealth of other valuable features, including expert
introductions by leading authorities, voluminous notes to clarify the text, up-to-date bibliographies for further study, and much more.

Honor Levi is a teacher at St Leonard's School, St Andrew's, Fife. Anthony Levi is a retired Professor of French at St Andrews.