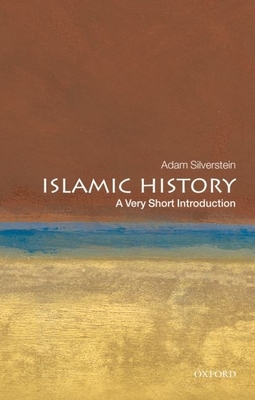 
On Our Shelves Now at:
Opening with a lucid overview of the rise and spread of Islam, from the seventh to the twenty-first century, this Very Short Introduction introduces the story of Islamic history, charting the evolution of what was originally a small, localized community of believers into an international religion with over a billion adherents. The book examines how Islam rose from the obscurity of seventh-century Arabia to the forefront of modern global concerns, and it highlights how we know what we claim to know about Islam's rise and development. Historian Adam J. Silverstein also discusses the peoples--Arabs, Persians, and Turks--who shaped Islamic history, and sheds light on three representative institutions--the mosque, jihad, and the caliphate--that highlight Islam's diversity over time. Finally, the book analyzes the roles that Islamic history has played in both religious and political contexts, while stressing the unique status that history enjoys among Muslims, especially compared to
its lowly place in Western societies where history is often seen as little more than something that is not to be repeated.

Adam J. Silverstein is University Research Lecturer in Near and Middle Eastern Studies and Fellow of The Queen's College, University of Oxford.