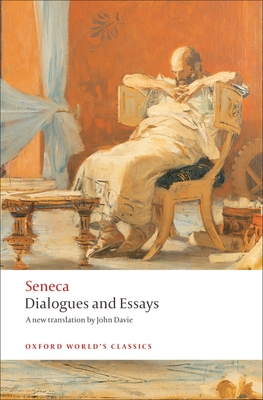 
Not On Our Shelves—Ships in 1-5 Days
Alain de Botton's bestselling The Consolations of Philosophy--later made into a six-part TV series--has helped popularize ancient philosophy and especially the work of Seneca. This superb volume offers the finest translation of Seneca's dialogues and essays in print, capturing the full range of his philosophical interests. Here the Stoic philosopher outlines his thoughts on how to live in a troubled world. Tutor to the young emperor Nero, Seneca wrote exercises in practical philosophy that draw upon contemporary Roman life and illuminate the intellectual concerns of the day. They also have much to say to the modern reader, as Seneca ranges widely across subjects such as the shortness of life, tranquility of mind, anger, mercy, happiness, and grief at the loss of a loved one. Seneca's accessible, aphoristic style makes his writing especially attractive as an introduction to Stoic philosophy, and belies its reputation for austerity and dogmatism. This edition combines a clear and
modern translation by John Davies with Tobias Reinhardt's fascinating introduction to Seneca's career, literary style, and influence, including a superb summary of Stoic philosophy and Seneca's interpretation of it. The book's notes are the fullest of any comparable edition. About the Series: For over 100 years Oxford World's Classics has made available the broadest spectrum of literature from around the globe. Each affordable volume reflects Oxford's commitment to scholarship, providing the most accurate text plus a wealth of other valuable features, including expert introductions by leading authorities, voluminous notes to clarify the text, up-to-date bibliographies for further study, and much more.