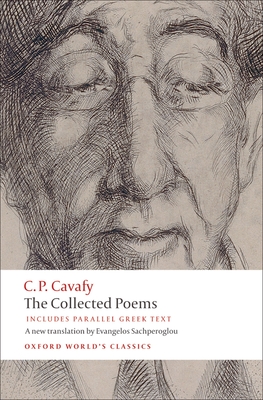 
Not On Our Shelves—Ships in 1-5 Days
"A Greek gentleman in a straw hat, standing absolutely motionless at a slight angle to the universe." E. M. Forster's famous description of C. P. Cavafy--the most widely known and best loved modern Greek poet--perfectly captures the unique perspective Cavafy brought to bear on history and geography, sexuality and language. Cavafy wrote about people on the periphery, whose religious, ethnic and cultural identities are blurred, and he was one of the pioneers in expressing a specifically homosexual sensibility. His poems present brief and vivid evocations of historical scenes and sensual moments, often infused with his distinctive sense of irony. They have established him as one of the most important poets of the twentieth century. The only bilingual edition of Cavafy's collected poems currently available, this volume presents the most authentic Greek text of every poem he ever published, together with a new English translation that beautifully conveys the accent and rhythm of Cavafy's individual tone of voice. In addition, the volume includes an extensive introduction by Peter Mackridge, explanatory notes that gloss Greek historical names and events alluded to in the poems, a chronological list of the poems, and indexes of Greek and English titles. About the Series: For over 100 years Oxford World's Classics has made available the broadest spectrum of literature from around the globe. Each affordable volume reflects Oxford's commitment to scholarship, providing the most accurate text plus a wealth of other valuable features, including expert introductions by leading authorities, voluminous notes to clarify the text, up-to-date bibliographies for further study, and much more.