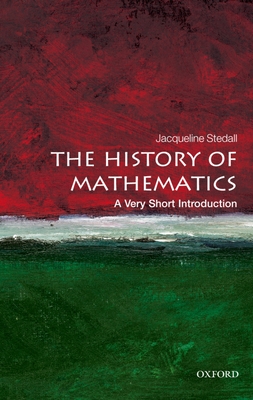 
On Our Shelves Now at:
This Very Short Introduction explores the rich historical and cultural diversity of mathematical practice, ranging from the distant past to the present. Historian Jacqueline Stedall shows that mathematical ideas are far from being fixed, but are adapted and changed by their passage across periods and cultures. The book illuminates some of the varied contexts in which people have learned, used, and handed on mathematics, drawing on fascinating case studies from a range of times and places, including early imperial China, the medieval Islamic world, and nineteenth-century Britain. By drawing out some common threads, Stedall provides an introduction not only to the mathematics of the past but to the history of mathematics as a modern academic discipline.

Jacqueline Stedall is Senior Research Fellow at The Queen's College, University of Oxford.