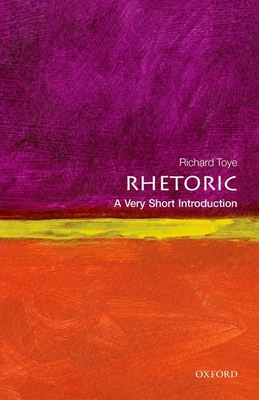 
Not On Our Shelves—Ships in 1-5 Days
Rhetoric was once an essential part of western education. Aristotle wrote an important treatise on it and Demosthenes remains famous to this day for his skills as a rhetorician. But skill with rhetoric today is no longer admired. Rhetoric is often seen as a synonym for shallow, deceptive language-empty words, empty rhetoric--and therefore as something quite negative. But if we view rhetoric in more neutral terms, as the "art of persuasion," it is clear that we are all forced to engage with it at some level, if only because we are constantly exposed to the rhetoric of others. In this Very Short Introduction, Richard Toye explores the purpose of rhetoric. Rather than presenting a defense of it, he considers it as the foundation-stone of civil society, and an essential part of any democratic process. Using wide-ranging examples from ancient Greece, medieval Islamic preaching, the wartime speeches of Winston Churchill, and modern cinema, Toye considers why we should all have an
appreciation of the art of rhetoric. About the Series: Oxford's Very Short Introductions series offers concise and original introductions to a wide range of subjects--from Islam to Sociology, Politics to Classics, Literary Theory to History, and Archaeology to the Bible. Not simply a textbook of definitions, each volume in this series provides trenchant and provocative--yet always balanced and complete--discussions of the central issues in a given discipline or field. Every Very Short Introduction gives a readable evolution of the subject in question, demonstrating how the subject has developed and how it has influenced society. Eventually, the series will encompass every major academic discipline, offering all students an accessible and abundant reference library. Whatever the area of study that one deems important or appealing, whatever the topic that fascinates the general reader, the Very Short Introductions series has a handy and affordable guide that will likely prove indispensable.

Richard Toye is Professor of Modern History at the University of Exeter. His books include Lloyd George and Churchill: Rivals for Greatness and Churchill's Empire: The World That Made Him and the World He Made.