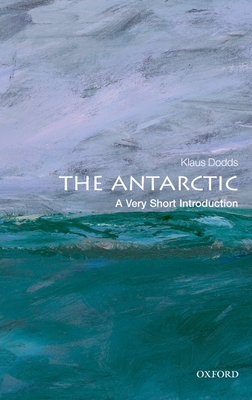 
On Our Shelves Now at:
The Antarctic is one the most hostile natural environments in the world, an extraordinary physical space which changes significantly in shape and size with the passing of the seasons. In this Very Short Introduction, Klaus Dodds provides an up-to-date account of Antarctica, highlighting the main issues facing the continent today. The book sheds light on the scientific, historical, cultural, and political significance of one of the world's most remote regions, providing the background to the physical geography of the continent. Politically, it is unique as it contains one of the few areas of continental space not claimed by any nation-state. Scientifically, the continental ice sheet has provided us with vital evidence about the Earth's past climate. Looking at how the Antarctic has been explored and represented in the last hundred years, Dodds considers the main exploratory and scientific achievements of the region. In addition, he explains how processes such as globalization mean
that the Antarctic is increasingly involved in a wider circuit of ideas, goods, people, trade, and governance--all of which have an impact on the future of the region.

Klaus Dodds is Professor of Geopolitics at Royal Holloway, University of London and a Visiting Fellow at St Cross College, University of Oxford. He is editor of The Geographical Journal and Fellow of the Royal Geographical Society. He was a visiting fellow at Gateway Antarctica, University of Canterbury and has worked with national and international polar organizations including British Antarctic Survey, Antarctica New Zealand, International Polar Foundation, and the Australian Antarctic Division. He has visited the Antarctic on four occasions, including sub-Antarctic islands such as South Georgia and South Orkneys.