Nothing: A Philosophical History (Hardcover) 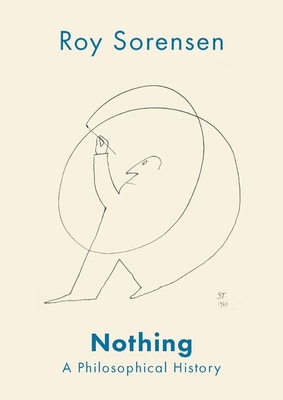 Nothing: A Philosophical History (Hardcover)


On Our Shelves Now at:
An entertaining history of the idea of nothing - including absences, omissions, and shadows - from the Ancient Greeks through the 20th century How can nothing cause something? The absence of something might seem to indicate a null or a void, an emptiness as ineffectual as a shadow. In fact, 'nothing' is one of the most powerful ideas the human mind has ever conceived. This short and entertaining book by Roy Sorensen is a lively tour of
the history and philosophy of nothing, explaining how various thinkers throughout history have conceived and grappled with the mysterious power of absence -- and how these ideas about shadows, gaps, and holes have in turned played a very positive role in the development of some of humankind's most
important ideas. Filled with Sorensen's characteristically entertaining mix of anecdotes, puzzles, curiosities, and philosophical speculation, the book is ordered chronologically, starting with the Taoists, the Buddhists, and the ancient Greeks, moving forward to the middle ages and the early
modern period, then up to the existentialists and present day philosophy. The result is a diverting tour through the history of human thought as seen from a novel and unusual perspective.

Roy Sorensen is the author of eight books: Blindspots, Thought Experiments, Pseudo-Problems, A Brief History of the Paradox, Vagueness and Contradiction, Seeing Dark Things, and A Cabinet of Philosophical Curiosities. Prior to joining the UT Austin faculty in 2019, he taught at University ofDelaware, New York University, Dartmouth College, and Washington University in St. Louis. Starting in 2020, he will be a Professorial Fellow at St. Andrews University in Scotland.