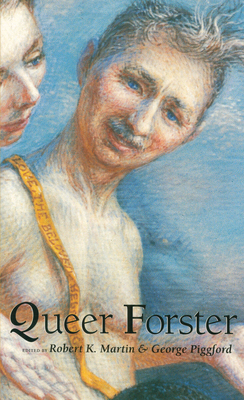 
Not On Our Shelves—Ships in 1-5 Days
This groundbreaking volume presents a radical revision of gay criticism and focuses on E. M. Forster's place in the emerging field of queer studies.

Many previous critics of Forster downplayed his homosexuality or read Forster naively in terms of gay liberation. This collection situates Forster within the Bloomsbury Group and examines his relations to major figures such as Henry James, Edward Carpenter, and Virginia Woolf. Particular attention is paid to Forster's several accounts of India and their troubled relation to the British colonial enterprise. Analyzing a wide range of Forster's work, the authors examine material from Forster's undergraduate writings to stories written more than a half-century later.

A landmark book for the study of gender in literature, Queer Forster brings the terms "queer" and "gay" into conversation, opening up a dialogue on wider dimensions of theory and allowing a major revaluation of modernist inventions of sexual identity.