The Ghosts of Berlin: Confronting German History in the Urban Landscape (Paperback) 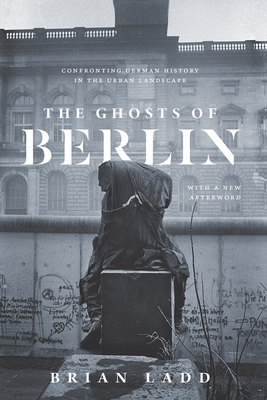 The Ghosts of Berlin: Confronting German History in the Urban Landscape (Paperback)


Special Order—Subject to Availability
In the twenty years since its original publication, The Ghosts of Berlin has become a classic, an unparalleled guide to understanding the presence of history in our built environment, especially in a space as historically contested—and emotionally fraught—as Berlin. Brian Ladd examines the ongoing conflicts radiating from the remarkable fusion of architecture, history, and national identity in Berlin. Returning to the city frequently, Ladd continues to survey the urban landscape, traversing its ruins, contemplating its buildings and memorials, and carefully deconstructing the public debates and political controversies emerging from its past.
Brian Ladd is an independent historian who received his Ph.D. from Yale University. He has taught history at the Rensselaer Polytechnic Institute and is a research associate in the history department at the University of Albany, State University of New York.
"A superb guide to this process of urban self-definition, both past and present.”
— Wall Street Journal

“With erudition, insight, and restraint, Brian Ladd carries off the dangerous task of analyzing architecture and urbanism in Berlin in terms of its horrific political past. He convincingly argues that architecture embodies ideological meaning more powerfully than other artifacts of a society.”
— New York Times Book Review

“[Ladd’s] well-written and well-illustrated book amounts to a brief history of the city as well as a guide to its landscape.”
— Anthony Grafton

“Ladd’s book is absorbing. More than a portrait of a fraught city, it is a reminder that not just ‘good design’ is at stake in the built world and its traces."