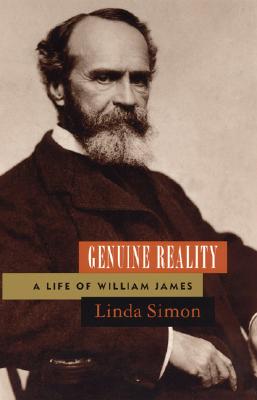 
Special Order—Subject to Availability
Intellectual rebel, romantic pragmatist, aristocratic pluralist, William James was both a towering figure of the nineteenth century and a harbinger of the twentieth. Drawing on a wide range of sources, including 1,500 letters between James and his wife, acclaimed biographer Linda Simon creates an intimate portrait of this multifaceted and contradictory man. Exploring James's irrepressible family, his diverse friends, and the cultural and political forces to which he so energetically responded, Simon weaves the many threads of William James's life into a genuine, and vibrant, reality.

"William James . . . has never seemed so vulnerably human as in Linda Simon's biography. . . . [S]he vivifies James in such a way that his life and thought come freshly alive for the modern reader."—David S. Reynolds, New York Times Book Review

"Ms. Simon . . . has provided an ideal pathway for James's striding. . . . [Y]ou become engaged in his struggles as if they were your own."—Christopher Lehmann-Haupt, New York Times