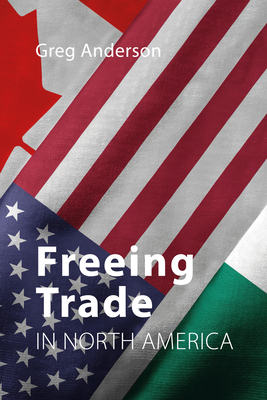 
Special Order—Subject to Availability
Conceived in an era of rapid post–Cold War economic liberalization, the North American Free Trade Agreement (NAFTA), signed in 1994, brought together Canada, Mexico, and the United States with the aim of creating a regional trade bloc that eliminated the friction and costs of trade between the three nations. Without an overarching institutional framework, NAFTA never sought to attain the levels of integration achieved by the European Union – for many it was a missed opportunity – and never quite fulfilled its potential as a single market. And under Donald Trump's administration a trilateral trade agreement has become increasingly precarious. Freeing Trade in North America explains the theory behind the politics and economics of trade in North America, offering an accessible and concise analysis of the key provisions, shortcomings, and past revision efforts of the governments involved. At a time of increasing protectionism and heightened awareness of trading relationships, the book highlights the lessons to be learned from the fraught history of one of the largest trade blocs in the world.
Greg Anderson is professor in the Department of Political Science at the University of Alberta.
"Anderson makes a strong case for more discussion on the competing visions for North America -- on the one hand, the desire for deeper integration, for Turtle Island, and on the other hand, a desire for cooperation on some issues mixed with a wariness over institutionalizing cooperation through pooling sovereignty and a general skepticism of globalization." American Review of Canadian Studies