Canadian Federalism and Its Future: Actors and Institutions (Paperback) 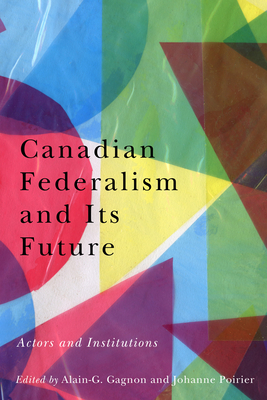 Canadian Federalism and Its Future: Actors and Institutions (Paperback)


Special Order—Subject to Availability
The time is ripe to revisit Canada's past and redress its historical wrongs. Yet in our urgency to imagine roads to reconciliation with Indigenous peoples, it is important to keep in sight the many other forms of diversity that Canadian federalism has historically been designed to accommodate or could also reflect more effectively. Canadian Federalism and Its Future brings together international experts to assess four fundamental institutions: bicameralism, the judiciary as arbiter of the federal deal, the electoral system and party politics, and intergovernmental relations. The contributors use comparative and critical lenses to appraise the repercussions of these four dimensions of Canadian federalism on key actors, including member states, constitutive units, internal nations, Indigenous peoples, and linguistic minorities. Pursuing the work of The Constitutions That Shaped Us (2015) and The Quebec Conference of 1864 (2018), this third volume is a testimony to Canada's successes and failures in constitutional design. Reflecting on the cultural pluralism inherent in this country, Canadian Federalism and Its Future offers thought-provoking lessons for a world in search of concrete institutional solutions, within and beyond the traditional nation-state.
Alain-G. Gagnon is professor of political science at Université du Québec à Montréal and co-editor of The Quebec Conference of 1864: Understanding the Emergence of the Canadian Federation and The Constitutions That Shaped Us: A Historical Anthology of Pre-1867 Canadian Constitutions. Johanne Poirier is full professor and Peter MacKell Chair in Federalism in the Faculty of Law at McGill University.
"The underlying theme here is that Canadian federalism remains a work in progress. The founding basis of the federation, "two Canadas" (English and French) within a federal state, remains an ongoing challenge. At the same time, Canada has grown more diverse, creating even more challenges for the modern Canadian state." Choice