Out of the Studio: The Photographic Innovations of Charles and John Smeaton at Home and Abroad (McGill-Queen's/Beaverbrook Canadian Foundation Studies in Art History) (Hardcover) 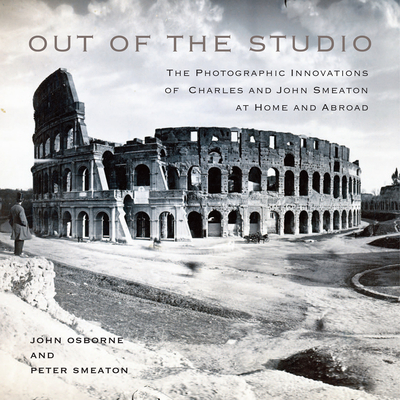 Out of the Studio: The Photographic Innovations of Charles and John Smeaton at Home and Abroad (McGill-Queen's/Beaverbrook Canadian Foundation Studies in Art History) (Hardcover)


On Our Shelves Now at:
Photography, one of the most influential inventions of the nineteenth century, has been shaped by Canadian innovators. Among them are two Quebec men who have flown beneath the radar in studies of the history of photography: the Smeaton brothers. Out of the Studio documents the life, oeuvre, and achievement of Charles Smeaton and his younger brother, John. Launched by the opening of their “photographic gallery” in 1861, they developed a reputation in Quebec for images of contemporaneous people, places, and events taken in challenging outdoor settings. Smeaton pictures of the aftermath of the Great Fire of Quebec in 1866 helped bring an understanding of the disaster to an international audience; images featuring the gold mining industry were displayed at the Exposition universelle in Paris the following year. When Charles travelled to Europe in 1866, he accomplished a feat previously thought impossible, taking the first successful photographs in the Roman catacombs. John moved to Montreal in 1869, where he worked for newspapers and developed techniques for the direct transfer of photographs into print without the necessity of intermediary engravings. Out of the Studio is the first comprehensive biographical study detailing the innovation and imagination of the Smeaton brothers and their legacy of images across two continents.
John Osborne is distinguished research professor in the School for Studies in Art and Culture and the College of the Humanities at Carleton University. Peter Smeaton (1951–2021), great-grandson of John Smeaton, was a computer security expert, NHL off-ice official, and independent researcher.
“The Smeatons are of great interest because they participated, in specific and local ways, in several of the major technological and cultural debates in which photography was embroiled in its first half-century, including their pioneering work producing subterranean photographs of Roman catacombs with the aid of artificial light. While this innovative practice retains a central position in Out of the Studio, the book gives a much fuller picture of the Smeatons’ activities, enhanced by materials from the family’s archives and the authors’ extensive primary research and insights. There are some truly extraordinary photographs here, most of which will be unknown even to specialist readers. From the gold mines of Chaudière to the Montmorency Falls, we are treated to a remarkable panorama of nineteenth-century Quebec. These images will undoubtedly spur further research by scholars, and pleasurable reflection by more general readers.” Jordan Bear, University of Toronto and author of Disillusioned: Victorian Photography and the Discerning Subject