Dark Days at Noon: The Future of Fire (Hardcover) 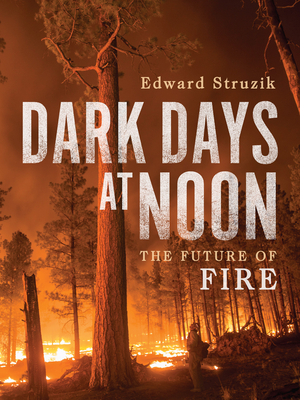 Dark Days at Noon: The Future of Fire (Hardcover)


On Our Shelves Now at:
The catastrophic runaway wildfires advancing through North America and other parts of the world are not unprecedented. Fires loomed large once human activity began to warm the climate in the 1820s, leading to an aggressive firefighting strategy that has left many of the continent’s forests too old and vulnerable to the fires that many tree species need to regenerate. Dark Days at Noon provides a broad history of wildfire in North America, from before European contact to the present, in the hopes that we may learn from how we managed fire in the past, and apply those lessons in the future. As people continue to move into forested landscapes to work, play, live, and ignite fires – intentionally or unintentionally – fire has begun to take its toll, burning entire towns, knocking out utilities, closing roads, and forcing the evacuation of hundreds of thousands of people. Fire management in North America requires attention and cooperation from both sides of the border, and many of the most significant fires have taken place at the boundary line. Despite a clear lack of urgency among political leaders, Edward Struzik argues that wildfire science needs to guide the future of fire management, and that those same leaders need to shape public perception accordingly. By explaining how society’s misguided response to fire has led to our current situation, Dark Days at Noon warns of what may happen in the future if we do not learn to live with fire as the continent’s Indigenous Peoples once did.
Edward Struzik is a fellow at the Institute for Energy and Environmental Studies in the School of Policy Studies at Queen’s University.
“Explores the role of wildland fire in history and also looks into the future of wildfire. A skilled storyteller, Struzik has the keen ability to reach his audience while maintaining a high standard with respect to science. The main lesson herein is that we will have to learn to live with fire as opposed to trying to exterminate fire from the landscape.” Mike Flannigan, Canadian Partnership for Wildland Fire Science, University of Alberta