In the Catskills: A Century of Jewish Experience in "The Mountains" (Paperback) 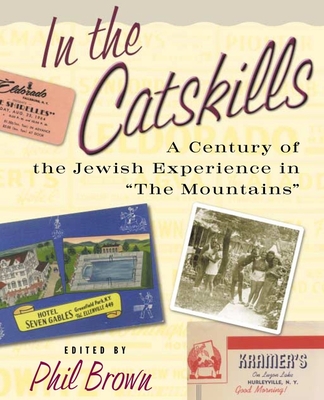 In the Catskills: A Century of Jewish Experience in "The Mountains" (Paperback)


Not On Our Shelves—Ships in 1-5 Days
Through fiction, memoir, music, photography, and art, In the Catskills highlights the Catskills experience over a century and assesses its continuing impact on American music, comedy, food, culture, and religion. It features selections from such fiction writers as Isaac Bashevis Singer, Herman Wouk, Allegra Goodman and Vivian Gornick; and original contributions from historians, sociologists, and scholars of American and Jewish culture that trace the history of the region, the rise of hotels and bungalow colonies, the wonderful flavors of food and entertainment, and distinctive forms of Jewish religion found in the Mountains.
Phil Brown is a professor of sociology and environmental studies at Brown University. He is co-founder and President of the Catskills Institute (a historical preservation society) and author of Catskill Culture: A Mountain Rat's Memories of the Great Jewish Resort Area.