The Mystique of Transmission: On an Early Chan History and Its Context (Hardcover) 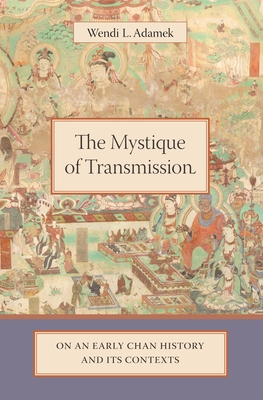 The Mystique of Transmission: On an Early Chan History and Its Context (Hardcover)


Special Order—Subject to Availability
The Mystique of Transmission is a close reading of a late-eighth-century Chan/Zen Buddhist hagiographical work, the Lidai fabao ji (Record of the Dharma-Jewel Through the Generations), and is its first English translation. The text is the only remaining relic of the little-known Bao Tang Chan school of Sichuan, and combines a sectarian history of Buddhism and Chan in China with an account of the eighth-century Chan master Wuzhu in Sichuan. Chinese religions scholar Wendi Adamek compares the Lidai fabao ji with other sources from the fourth through eighth centuries, chronicling changes in the doctrines and practices involved in transmitting medieval Chinese Buddhist teachings. While Adamek is concerned with familiar Chan themes like patriarchal genealogies and the ideology of sudden enlightenment, she also highlights topics that make Lidai fabao ji distinctive: formless practice, the inclusion of female practitioners, the influence of Daoist metaphysics, and connections with early Tibetan Buddhism. The Lidai fabao ji was unearthed in the early twentieth century in the Mogao caves at the Silk Road oasis of Dunhuang in northwestern China. Discovery of the Dunhuang manuscripts has been compared with the discovery of the Dead Sea Scrolls, as these documents have radically changed our understanding of medieval China and Buddhism. A crucial volume for students and scholars, The Mystique of Transmission offers a rare glimpse of a lost world and fills an important gap in the timeline of Chinese and Buddhist history.
Wendi L. Adamek is assistant professor of Chinese religions at Barnard College/Columbia University. She specializes in medieval Chinese Buddhism. Her current research interests include Buddhist nuns of the Tang dynasty, Buddhist donor practices, and religious art of the Silk Road.