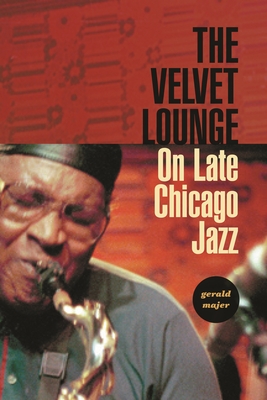 
Not On Our Shelves—Ships in 1-5 Days
Troubled urban neighborhoods and jazz-club havens were the backdrop of Gerald Majer's life growing up in sixties and seventies Chicago. The Velvet Lounge, an original hybrid of memoir, biography, and musical description, reflects this history and pursues a sustained meditation on jazz along with a probing exploration of race and class and how they defined the material and psychic divides of a city. With the instrument of a supple, lyrical prose style, Majer elaborates the book's themes through literary and intellectual forays as carefully constructed and as passionately articulated as a jazz master's solo. Throughout the work, issues of identity and culture, art and politics achieve a rare immediacy, as does the music itself. In portraits of Jimmy Smith, Gene Ammons, Sonny Stitt, Sun Ra, and others, Gerald Majer conveys the drama and artistry of their music as well as the personal hardships many of them endured. Vivid descriptions and telling historical anecdotes explore the music's richness through a variety of political, social, and philosophical contexts. The Velvet Lounge, named after the famous Chicago club, is also one of the few works to consider the music of such avant-garde jazz musicians as Fred Anderson, Andrew Hill, and Roscoe Mitchell. In doing so, Majer builds a bridge from the traditionalist view of jazz to the world of contemporary innovators, casts a new light on the music and its makers, and traces connections between jazz art and postmodernist thought. Present throughout Majer's spirited encounters with the worlds of jazz is Majer himself. We hear and appreciate the music through his individual sensibilities and experiences. Majer recounts growing up in racially divided Chicago--his trips to the famed Maxwell Street market, his wanderings among its legendary jazz clubs, his riding the El, and his working in a jukebox factory. We witness his awakening to the music at a crossroads of the intimately personal and the intellectually provocative.
Gerald Majer is professor of English at Villa Julie College. His poetry and essays have appeared in a variety of journals including, Callaloo, The Georgia Review, and The Yale Review.