Nietzsche and Levinas: "After the Death of a Certain God" (Insurrections: Critical Studies in Religion) (Paperback) 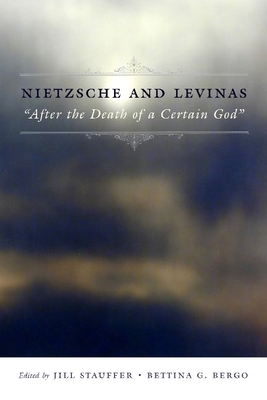 Nietzsche and Levinas: "After the Death of a Certain God" (Insurrections: Critical Studies in Religion) (Paperback)


Not On Our Shelves—Ships in 1-5 Days
The essays that Jill Stauffer and Bettina Bergo collect in this volume locate multiple affinities between the philosophies of Nietzsche and Levinas. Both philosophers question the nature of subjectivity and the meaning of responsibility after the "death of God." While Nietzsche poses the dilemmas of a self without a ground and of ethics at a time of cultural upheaval and demystification, Levinas wrestles with subjectivity and the sheer possibility of ethics after the Shoah. Both argue that goodness exists independently of calculative reason--for Nietzsche, goodness arises in a creative act moving beyond reaction and ressentiment; Levinas argues that goodness occurs in a spontaneous response to another person. In a world at once without God and haunted by multiple divinities, Nietzsche and Levinas reject transcendental foundations for politics and work toward an alternative vision encompassing a positive sense of creation, a complex fraternity or friendship, and rival notions of responsibility. Stauffer and Bergo group arguments around the following debates, which are far from settled: What is the reevaluation of ethics (and life) that Nietzsche and Levinas propose, and what does this imply for politics and sociality? What is a human subject--and what are substance, permanence, causality, and identity, whether social or ethical--in the wake of the demise of God as the highest being and the foundation of what is stable in existence? Finally, how can a "God" still inhabit philosophy, and what sort of name is this in the thought of Nietzsche and Levinas?