Levinas and the Cinema of Redemption: Time, Ethics, and the Feminine (Film and Culture) (Hardcover) 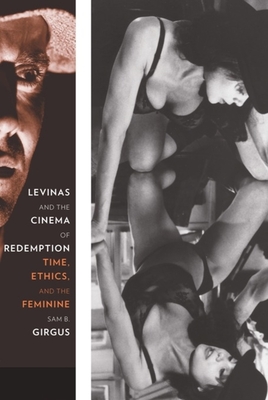 Levinas and the Cinema of Redemption: Time, Ethics, and the Feminine (Film and Culture) (Hardcover)


Special Order—Subject to Availability
In his philosophy of ethics and time, Emmanuel Levinas highlighted the tension that exists between the "ontological adventure" of immediate experience and the "ethical adventure" of redemptive relationships-associations in which absolute responsibility engenders a transcendence of being and self. In an original commingling of philosophy and cinema study, Sam B. Girgus applies Levinas's ethics to a variety of international films. His efforts point to a transnational pattern he terms the "cinema of redemption" that portrays the struggle to connect to others in redeeming ways. Girgus not only reveals the power of these films to articulate the crisis between ontological identity and ethical subjectivity. He also locates time and ethics within the structure and content of film itself. Drawing on the work of Luce Irigaray, Tina Chanter, Kelly Oliver, and Ewa Ziarek, Girgus reconsiders Levinas and his relationship to film, engaging with a feminist focus on the sexualized female body. Girgus offers fresh readings of films from several decades and cultures, including Frank Capra's Mr. Smith Goes to Washington (1939), Federico Fellini's La dolce vita (1959), Michelangelo Antonioni's L'avventura (1960), John Huston's The Misfits (1961), and Philip Kaufman's The Unbearable Lightness of Being (1988).
Sam B. Girgus is professor of English at Vanderbilt University and author of Hollywood Renaissance: The Cinema of Democracy in the Era of Ford, Capra, and Kazan; The Films of Woody Allen; America on Film: Modernism, Documentary, and a Changing America; Desire and the Political Unconscious in American Literature: Eros and Ideology; The New Covenant: Jewish Writers and the American Idea; and The Law of the Heart: Individualism and the Modern Self in American Literature. A recipient of the Rockefeller Humanities Fellowship and other scholarly and teaching awards, he has lectured and taught extensively in universities throughout America and the world.