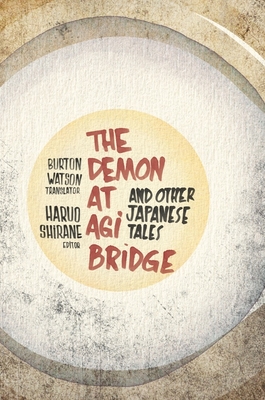 Burton Watson and Haruo Shirane, renowned translators and scholars, introduce English-speaking readers to the vivid tradition of early and medieval Japanese anecdotal (setsuwa) literature. These orally narrated and written tales drew on both local folk tradition and continental sources. Taken from seven major anthologies of anecdotal literature compiled between the ninth and thirteenth centuries, these dramatic and often amusing stories open a major window onto the foundations of Japanese culture.

Out of thousands of setsuwa, Shirane has selected thirty-eight of the most powerful and influential, each of which is briefly introduced. Recounting the exploits of warriors, farmers, priests, and aristocrats, and concerning topics as varied as poetry, violence, power, and sex, these tales reveal the creative origins of a range of literary and dramatic genres, from court tales and travel accounts to no drama and Kabuki. Watson's impeccable translations relay the wit, mystery, and Buddhist sensibility of these protean works, while Shirane's sophisticated analysis illuminates the meaning and context of their compact stories. Capped by an extensive bibliography, this collection fully immerses the reader in the thrilling world of secular and religious tales.

Haruo Shirane is Shincho Professor of Japanese literature at Columbia University. He is the author and editor of numerous books on Japanese literature, including, most recently, Envisioning The Tale of Genji: Media, Gender, and Cultural Production; Traditional Japanese Literature: An Anthology, Beginnings to 1600; Early Modern Japanese Literature: An Anthology, 1600-1900; and Classical Japanese: A Grammar. Burton Watson has taught at Columbia, Stanford, and Kyoto Universities and is one of the world's best-known translators of Chinese and Japanese works. His translations include The Analects of Confucius, The Tales of the Heike, and The Lotus Sutra; the writings of Zhuangzi, Mozi, Xunzi, and Han Feizi; The Columbia Book of Chinese Poetry; and Records of the Grand Historian.