Haiku Before Haiku: From the Renga Masters to Basho (Translations from the Asian Classics) (Paperback) 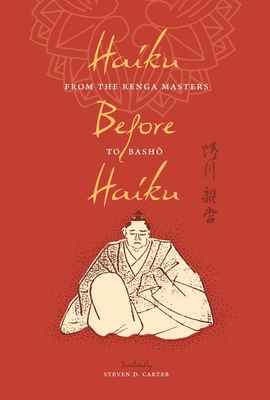 Haiku Before Haiku: From the Renga Masters to Basho (Translations from the Asian Classics) (Paperback)

While the rise of the charmingly simple, brilliantly evocative haiku is often associated with the seventeenth-century Japanese poet Matsuo Basho, the form had already flourished for more than four hundred years before Basho even began to write. These early poems, known as hokku, are identical to haiku in syllable count and structure but function differently as a genre. Whereas each haiku is its own constellation of image and meaning, a hokku opens a series of linked, collaborative stanzas in a sequence called renga.

Under the mastery of Basho, hokku first gained its modern independence. His talents contributed to the evolution of the style into the haiku beloved by so many poets around the world--Richard Wright, Jack Kerouac, and Billy Collins being notable devotees. Haiku Before Haiku presents 320 hokku composed between the thirteenth and early eighteenth centuries, from the poems of the courtier Nijo Yoshimoto to those of the genre's first "professional" master, Sogi, and his disciples. It features 20 masterpieces by Basho himself. Steven D. Carter introduces the history of haiku and its aesthetics, classifying these poems according to style and context. His rich commentary and notes on composition and setting illuminate each work, and he provides brief biographies of the poets, the original Japanese text in romanized form, and earlier, classical poems to which some of the hokku allude.

Steven D. Carter is Yamato Ichihashi Chair in Japanese History and Civilization at Stanford University. His numerous books include Just Living: Poems by the Medieval Monk Tonna and Unforgotten Dreams: Poems by the Zen Monk Shotetsu.