Race and the Genetic Revolution: Science, Myth, and Culture (Paperback) 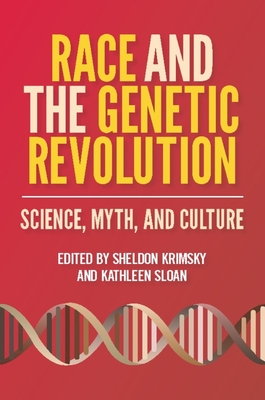 Race and the Genetic Revolution: Science, Myth, and Culture (Paperback)


Not On Our Shelves—Ships in 1-5 Days
Do advances in genomic biology create a scientific rationale for long-discredited racial categories? Leading scholars in law, medicine, biology, sociology, history, anthropology, and psychology examine the impact of modern genetics on the concept of race. Contributors trace the interplay between genetics and race in forensic DNA databanks, the biology of intelligence, DNA ancestry markers, and racialized medicine. Each essay explores commonly held and unexamined assumptions and misperceptions about race in science and popular culture. This collection begins with the historical origins and current uses of the concept of "race" in science. It follows with an analysis of the role of race in DNA databanks and racial disparities in the criminal justice system. Essays then consider the rise of recreational genetics in the form of for-profit testing of genetic ancestry and the introduction of racialized medicine, specifically through an FDA-approved heart drug called BiDil, marketed to African American men. Concluding sections discuss the contradictions between our scientific and cultural understandings of race and the continuing significance of race in educational and criminal justice policy.
Sheldon Krimsky is professor of urban and environmental policy and planning and adjunct professor of public health and community medicine at Tufts University. He is the author of nine books, including Science in the Private Interest: Has the Lure of Profit Corrupted Biomedical Research? and is coauthor with Tania Simoncelli of the recent Columbia University Press title Genetic Justice: DNA Databanks, Criminal Justice, and Civil Liberties. Kathleen Sloan has run nonprofit organizations for more than twenty years and has directed communications and public relations functions for multinational corporations and nonprofits. She organized a major national conference on the impact of forensic DNA databanks on racial disparities in the criminal justice system for the Council for Responsible Genetics, where she formerly directed programs on both race and genetics and women and biotechnology.