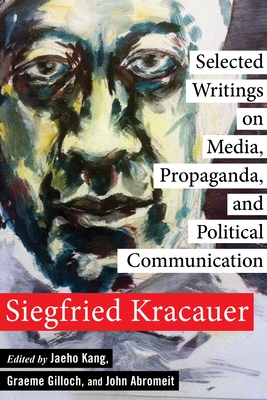 
In Stock—Click for Locations
Siegfried Kracauer stands out as one of the most significant theorists and critics of the twentieth century, acclaimed for his analyses of film and popular culture. However, his writing on propaganda and politics has been overshadowed by the works of his contemporaries and colleagues associated with the Frankfurt School. This book brings together a broad selection of Kracauer's work on media and political communication, much of it previously unavailable in English. It features writings spanning more than two decades, from studies of totalitarian propaganda written in the 1930s to wartime work on Nazi newsreels and anti-Semitism through to examinations of American and Soviet political messaging in the early Cold War period. These varied texts illuminate the interplay among politics, mass culture, and the media, and they encompass Kracauer's core concerns: the individual and the masses, the conditions of cultural production, and the critique of modernity. The introduction and afterword explore the significance of Kracauer's contributions to critical theory, film and media studies, and the analysis of political communication both in his era and the present day. At a time when demagoguery and bigotry loom over world politics, Kracauer's inquiries into topics such as the widespread appeal of fascist propaganda and the relationship of new media forms and technologies to authoritarianism are strikingly relevant.
Siegfried Kracauer (1889-1996) was a German-Jewish social theorist, journalist, and critic. After the Nazis' accession to power, he left Germany for Paris and emigrated to the United States in 1941. His books include The Mass Ornament, The Salaried Masses, From Caligari to Hitler, and Theory of Film. Jaeho Kang is an associate professor of communication at Seoul National University. Graeme Gilloch is a professor of sociology at Lancaster University. John Abromeit is a professor of history at the State University of New York, Buffalo State.