Polishing Your Prose: How to Turn First Drafts Into Finished Work (Paperback) 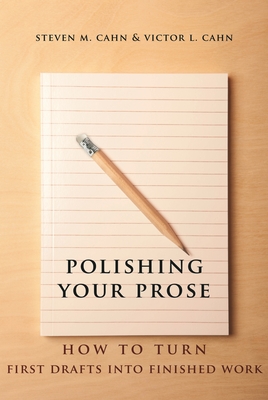 Polishing Your Prose: How to Turn First Drafts Into Finished Work (Paperback)

This singular book illustrates how to edit a piece of prose and enhance its clarity of thought and felicity of style. The authors first present ten principles of effective composition, and then scrutinize three extended paragraphs, suggesting with remarkable specificity how to improve them. The volume also offers challenging practice questions, as well as two finished essays, one serious and one humorous, that demonstrate how attention to sound mechanics need not result in mechanical writing. Steven M. Cahn and Victor L. Cahn help readers deploy a host of corrective strategies, such as avoiding jargon, bombast, and redundancy; varying sentence structure; paring the use of adjectives and adverbs; properly deploying phrases and clauses; and refining an argument. Here is a book for all who seek to increase their facility in written communication.