The Little Devil and Other Stories (Russian Library) (Paperback) 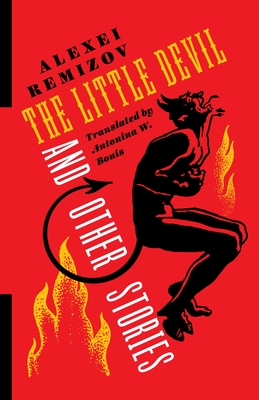 The Little Devil and Other Stories (Russian Library) (Paperback)


Not On Our Shelves—Ships in 1-5 Days
In a dilapidated and isolated old house, something peculiar seems to happen whenever the town's bestial exterminator visits. On a seemingly bucolic country estate, the head of the household is a living corpse obsessed with other corpses. An adolescent boy who passes his days in private dream worlds experiences a sexual awakening spurred by his family's scandalous tenant. In these and other stories, the modernist writer Alexei Remizov offers a panorama of Russian mythology, the supernatural, rural grotesques, and profound religious faith in fiery revolutionary settings. Alexei Remizov was one of the greatest writers of the Russian symbolist movement of the early twentieth century. In the thirteen stories collected in this volume, his exceptional stylistic achievements are on full display. Equally drawing on rural colloquial speech, the language of Russian fairy tales, and the customs of the Old Believers and Russian Orthodoxy, they transport the reader into a mysterious world in between uncanny folktales and encroaching modernity. The Little Devil and Other Stories includes works from across Remizov's career, encompassing his thematic preoccupations and stylistic experimentation. Antonina W. Bouis's translation captures Remizov's many registers to offer English-language readers a sampling of a remarkable Russian writer.
Alexei Remizov (1877-1957) was a Russian novelist and short-story writer known for his distinctive style inspired by medieval Russian tales. After leaving the Soviet Union in the early 1920s, he spent most of the rest of his life in Paris. His works translated into English include Sisters of the Cross (Columbia, 2017). Antonina W. Bouis, called "one of the best translators at work today" by the Wall Street Journal, has translated over eighty works of Russian literature, including The Suitcase by Sergei Dovlatov (2011) and The Goose Fritz by Sergei Lebedev (2019).