The Politics of Arab Authenticity: Challenges to Postcolonial Thought (Paperback) 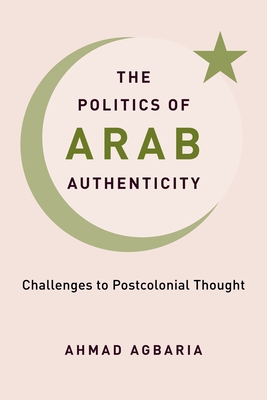 The Politics of Arab Authenticity: Challenges to Postcolonial Thought (Paperback)

By the beginning of the 1970s, the modernizing political and cultural movements that had dominated the postwar Arab world were collapsing. The postcolonial project they had fashioned, which sought to create a decolonized order and a new Arab man, had suffered a shattering defeat in the wake of the Arab-Israeli War in 1967. Disillusioned with modern ideologies that presented the past as a burden from which postcolonial societies must be liberated, a growing number of Arab thinkers began to reconsider their cultural heritage.

The Politics of Arab Authenticity illuminates how Arab societies and their leading intellectuals responded to the collapse of the postcolonial project. Ahmad Agbaria tells the story of a generation of postcolonial thinkers and activists who came to question their modernist commitments and biases against their own culture. He explores the rise of a new class of postcolonial critics who challenged and eventually superseded the old guard of Arab nationalists. Agbaria analyzes the heated cultural and intellectual debates that overtook the Arab world in the 1970s, uncovering why major figures turned to tradition in search of solutions to postcolonial predicaments. With balanced attention to cultural debates and intellectual biographies, this book offers a nuanced understanding of major cultural trends in the contemporary Arab world.