Have the Mountains Fallen?: Two Journeys of Loss and Redemption in the Cold War (Paperback) 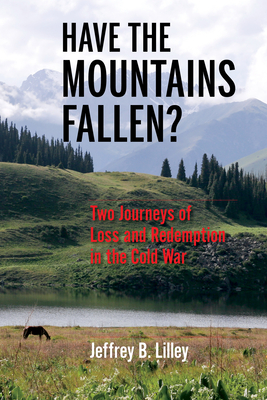 Have the Mountains Fallen?: Two Journeys of Loss and Redemption in the Cold War (Paperback)

By Jeffrey B. Lilley

After surviving the blitzkrieg of World War II and escaping from two Nazi prison camps, Soviet soldier Azamat Altay was banished as a traitor from his native home land. Chinghiz Aitmatov became a hero of Kyrgyzstan, writing novels about the lives of everyday Soviet citizens but mourning a mystery that might never be solved. While both came from small villages in the beautiful mountainous countryside, they found themselves caught on opposite sides of the Cold War struggle between world superpowers. Altay became the voice of democracy on Radio Liberty, while Aitmatov rose through the ranks of Soviet politics. Yet just as they seemed to be pulled apart in the political turmoil, they found their lives intersecting in moving and surprising ways. Have the Mountains Fallen? traces the lives of these two men as they confronted the full threat and legacy of the Soviet empire. Through personal and intersecting narratives of loss, love, and longing for a homeland forever changed, a clearer picture emerges of the experience of the Cold War from the other side.

After witnessing the collapse of the Soviet Union as a journalist in the 1990s, Jeff Lilley moved to Central Asia in 2004. During a three-year posting in Kyrgyzstan, he read the works of Chinghiz Aitmatov, slept in yurts, drank fermented mare's milk, and hiked in the country's beautiful mountains. Over the next ten years, he worked in the field of democracy and governance support in Washington, DC, and the Middle East, returning to Kyrgyzstan in 2016 to lead a British-funded parliamentary support program. Lilley is the coauthor of China Hands: Nine Decades of Adventure, Espionage and Diplomacy.