Insurgent Media from the Front: A Media Activism Reader (Hardcover) 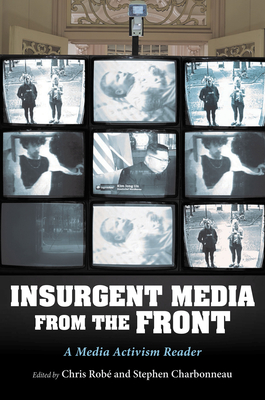 Insurgent Media from the Front: A Media Activism Reader (Hardcover)

In the 1940s, it was 16 mm film. In the 1980s, it was handheld video cameras. Today, it is cell phones and social media. Activists have always found ways to use the media du jour for quick and widespread distribution.

InsUrgent Media from the Front takes a look at activist media practices in the 21st century and sheds light on what it means to enact change using different media of the past and present. Chris Rob and Stephen Charbonneau's edited collection uses the term "insUrgent media" to highlight the ways grassroots media activists challenged and are challenging hegemonic norms like colonialism, patriarchy, imperialism, classism, and heteronormativity. Additionally, the term is used to convey the sense of urgency that defines media activism. Unlike slower traditional media, activist media has historically sacrificed aesthetics for immediacy. Consequently, this "run and gun" method of capturing content has shaped the way activist media looks throughout history.

With chapters focused on indigenous resistance, community media, and the use of media as activism throughout US history, InsUrgent Media from the Front emphasizes the wide reach media activism has had over time. Visibility is not enough when it comes to media activism, and the contributors provide examples of how to refocus the field not only to be an activist but to study activism as well.