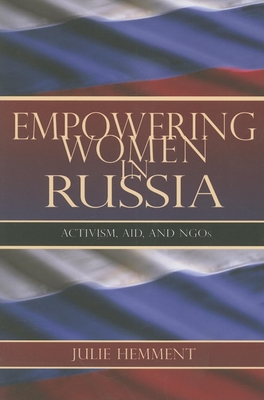 
Not On Our Shelves—Ships in 1-5 Days
Julie Hemment's engrossing study traces the development encounter through interactions between international foundations and Russian women's groups during a decade of national collapse. Prohibited from organizing independently under state socialism, women's groups became a focus of attention in the mid-1990s for foundations eager to promote participatory democracy, but the version of civil society that has emerged (the "third sector") is far from what Russian activists envisioned and what donor agencies promised. Drawing on ethnographic methods and Participatory Action Research, Hemment tells the story of her introduction to and growing collaboration with members of the group Zhenskii Svet (Women's Light) in the provincial city of Tver'.
Julie Hemment is Assistant Professor of Anthropology at the University of Massachusetts, Amherst.