The Future Is Not What It Used to Be: Climate Change and Energy Scarcity (Paperback) 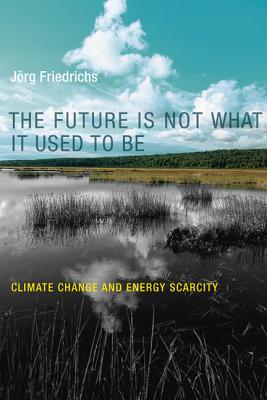 The Future Is Not What It Used to Be: Climate Change and Energy Scarcity (Paperback)

A hard look at the twin challenges of climate change and energy scarcity that examines historical precedents and allows no room for complacency.

The future is not what it used to be because we can no longer rely on the comforting assumption that it will resemble the past. Past abundance of fuel, for example, does not imply unending abundance. Infinite growth on a finite planet is not possible.

In this book, J rg Friedrichs argues that industrial society itself is transitory, and he examines the prospects for our civilization's coming to terms with its two most imminent choke points: climate change and energy scarcity. He offers a thorough and accessible account of these two challenges as well as the linkages between them.

Friedrichs contends that industrial civilization cannot outlast our ability to burn fossil fuels and that the demise of industrial society would entail cataclysmic change, including population decreases. To understand the social and political implications, he examines historical cases of climate stress and energy scarcity: devastating droughts in the ancient Near East; the Little Ice Age in the medieval Far North; the Japanese struggle to prevent "fuel starvation" from 1918 to 1945; the "totalitarian retrenchment" of the North Korean governing class after the end of Soviet oil deliveries; and Cuba's socioeconomic adaptation to fuel scarcity in the 1990s. He draws important lessons about the likely effects of climate and energy disruptions on different kinds of societies.

The warnings of climate scientists are met by denial and inaction, while energy experts offer little guidance on the effects of future scarcity. Friedrichs suggests that to confront our predicament we must affirm our core values and take action to transform our way of life. Whether we are private citizens or public officials, complacency is not an option: climate change and energy scarcity are emerging facts of life.

Jorg Friedrichs teaches at the University of Oxford in the Department of International Development.