What IS Sex? (Short Circuits) (Paperback) 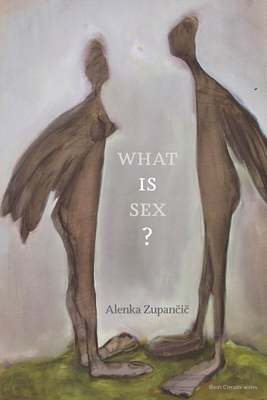 What IS Sex? (Short Circuits) (Paperback)


Special Order—Subject to Availability
Why sexuality is at the point of a “short circuit” between ontology and epistemology.

Alenka Zupančič, a Slovenian psychoanalytic theorist and philosopher, teaches at the European Graduate School and is a researcher at the Institute of Philosophy at the Slovenian Academy of Sciences and the Arts. She is the author of The Shortest Shadow: Nietzsche's Philosophy of the Two and The Odd One In: On Comedy, both in the Short Circuits series, published by the MIT Press.